Although the release date of God of War Ragnarok has been announced for some time, we are still several months away from its release. Therefore, you may want to experience games that can fill this gap. These games are similar to God of War either in gameplay or in story themes and structure.

There’s no shortage of games that could potentially help fill that void, but it seems that many God of War fans are looking for something as close as possible to a new God of War game. It goes without saying that Santa Monica Studios’ 2018 remake of God of War is one of those games that you don’t see often in the industry, but that doesn’t mean there aren’t other games out there that have at least some of the things that make God of War great. or have contributed to Persian “God of War”, to be included in themselves.

While it is very difficult to resist praising the game Hellblade: Senua’s Sacrifice at any opportunity, but in any case, the experience of this successful game of Ninja Theory studio (Ninja Theory), which was valued in 2017, is essential for God of War fans. And it is a must experience. Hellblade may lack the semi-open-world structure, role-playing mechanics, engaging combat system, and wide range of God of War side missions, but the environment inspired by Norse and Celtic mythology, atmosphere, turn-based combat, and deep personal narrative in the game. Hellblade: Senua’s Offering is sure to appeal to God of War fans.

Despite using a samurai setting and traditional open-world structure, you could really make the argument that Ghost of Tsushima is the closest thing to a new God of War game you can get without waiting for God of War Ragnarok to come out. experience. At the very least, this production by Sucker Pundh Studio, which was one of the gems of the video game industry in 2020, offers the same engaging and melee action with cold weapons, along with small elements of role-playing and interesting side missions, all of which It defines a first-rate experience from PlayStation Studios. The story of Ghost of Tsushima is also very interesting, although it is not as narrative-driven as games like God of War or Hellblade. Still, it’s a truly exceptional example of modern game design.

If you’ve experienced the previous God of War game and now want to enjoy a more brutal and violent fight, we can humbly recommend Metal Gear Rising: Vengeance as a great game to fill that particular void. Although it may not be easy to access this game on all consoles because it is older, it is a work worth experiencing.

While initially many were mistaken about this game for various reasons, time has been kinder to Metal Gear Rising: Revenge and showed that we are dealing with an action masterpiece. There are few games that allow you to use a melee weapon and hand-to-hand combat to cut through waves of smaller enemies and tear anything to pieces. Besides, fighting the biggest giants in the game feels really good.

Lords of the Fallen

To be completely honest with you, there are other Souls-like games out there that arguably offer a better overall experience than Lords of the Fallen. However, few of those Souls-like games offer the dark fantasy setting and bloody combat that Lords of the Fallen happily puts in front of the player. Indeed, as a dark fantasy action role-playing game centered around fighting gods, Lords of Fallen successfully delivers on a number of God of War features. Admittedly, the game is extremely difficult and somewhat shallow, lacking a bit in terms of story and characterization, but the game can fully boast its atmosphere and structured combat style.

Don’t be fooled by your initial skepticism about this. Despite the obvious differences, God of War 2018 and Yakuza 0 actually share similar design philosophies, storytelling concepts, and gameplay mechanics. After all, both games have semi-open-world environments, tons of side activities, tough combat, epic narratives, memorable characters, and a surprising amount of emotion that seems to indicate the love and passion the developers poured into them while developing the game. Of course, there’s no guarantee that loving one of these games will mean you’ll love the other, but many God of War fans may be surprised at how much they fell in love with Yakuza 0 and the Yakuza franchise in general.

For a while, Kingdoms of Amalur was mostly known as a cult role-playing game, which essentially helped bankrupt its developer. However, the re-release of the game with the full title Kingdoms Of Amalur: Re-Reckoning in 2020 gave millions of people the chance to experience the game and see just how special Kingdoms of Amalur can be.

If you’re looking for a massive fantasy role-playing game with dynamic combat and lots of missions, Kingdoms Of Amalur: Re-Reckoning offers all that and more. Of course, Kingdom of Amalur is a little different in style than what you’ll find in God of War, but it’s perfect for those times when you just want to immerse yourself in a big fantasy adventure.

There has been no shortage of great Star Wars games over the years, but Star Wars Jedi: Fallen Order is definitely that special Star Wars game to recommend to those who fell in love with God of War 2018. After all, both games use modified forms of Soulsborne combat (a mash-up of Souls and Bloodborne) as the gameplay backbone to tell their great stories.

In fact, it feels like some elements of this game are directly inspired by some of the things God of War 2018 did so well. Star Wars Jedi: Fallen Order isn’t as epic and certainly violent as God of War, but its structural similarities and exceptional overall design will satisfy many eager God of War fans.

Marvel’s Guardians of the Galaxy game

If God of War’s highly emotional narrative, cinematic structure, and fantastic character interactions, along with the intense combat, violence, and darker tone of God of War attracted you, then Marvel’s Guardians of the Galaxy might be the best work you’ve missed right now. And you missed it. While this game was one of the best games of 2021 and even managed to perform relatively well in the awards season and received the award for the best narrative from the Game Awards ceremony, the Guardians of the Galaxy game failed to meet the expectations of the studio and the development company in terms of sales. fulfill This is unfortunate because when it comes to delivering a heartfelt and often surprising story that makes the most of compelling characters, there are few games in recent memory that have done it better than God of War and Guardians of the Galaxy.

Not all players were fans of the changes made by the 2018 God of War reboot, but many saw the more human characters and fresh style of this revision as a breath of fresh air for the God of War series. If you are looking for other reviews that have similar benefits, then most likely the recent games of the famous Tomb Raider series are made for you.

Rise of the Tomb Raider is generally the more acclaimed of the two games, but both games offer a more mature, grittier, and more compelling take on the Tomb Raider franchise that older fans of the series may not be used to. If you’re looking for something to match the recent God of War tone, these two brilliant action-adventure games might be some of your best options. 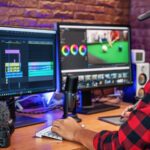 Challenge your mind with these brain games for iPhone and iPad